Lisa Loeb is an accomplished singer and songwriter. You’ve probably heard her music on a plethora of different film or TV show soundtracks including Buffy the Vampire Slayer, Legally Blonde, Dawson’s Creek. and Grey’s Anatomy. Dabbling here and there in the acting world, she’s been a part of several different projects.

Jason Dolley is an actor largely known for his roles on the Disney Channel comedies Cory in the House and Good Luck Charlie. What do the two of them have in common? Well, they’ve both lent their talents to a new film, starring alongside Nia Vardalos (My Big Fat Greek Wedding), which follows a son whose mom outs him as gay to try and get him a college scholarship.

I spoke with both of them separately about their experience on set, working with Nia Vardalos, labels, and who inspires them. You can read the full interview below.

Helicopter Mom is out today in select theaters and Video on Demand.

How did you get involved with ‘Helicopter Mom’?


I’m friendly with the director [Salomé Breziner] and she asked me to write the theme song and also she had a small role in mind for me, as the poetry teacher who keeps everybody grounded in the movie.

Your role is small, but your character still has a very big impact on the main character? Do you feel like you, as the poetry teacher, had a more positive influence on him than his mother?


I don’t know if he had a bigger impact than his mother, but I do think it gave him hope that there people out there and you don’t have to be wild and crazy, they can be more quiet and they can be thoughtful in a different way which I think resonated with him. Also, the teacher was trying to find the truly unique parts of him rather that actually were there rather than trying to put a label on him that might or might not be there. Although that was scary for him, to have to expose himself that way with his poetry it was actually more real.

You mentioned that you wrote the theme song for the film. What was that process like for you?

The process was amazing. I love writing for films and this one was especially unique because the director [Salomé Breziner] knew exactly what she wanted to hear and she knew about music. We ended up writing the song at her house actually. It was a great partnership. The lyrics really fit the lead character, the mom’s character, and expressing the love that she has for her son. It sounds a little retro, but at the same a little modern sounding. It can stand alone apart from the movie but it can stand alone and it sets the scene. Something that’s sunny and California and a little bit creepy. So it was really fun working with someone who knows exactly what they want.

Were you able to read the script beforehand, or did she [Salomé Breziner] just tell you what she wanted up front?


We read the script before. I had read the script before because I was going to be in the movie as an actor, but we also got to see the cut where she wanted the music. We knew how it should feel, the rhythm and the way the scene was cut. There’s a great title sequence that starts the movie and we were able to work with that specifically while we were finishing up the mix. It was a great collaboration, it was super involved and it came together really well.

Sounds like it came naturally. Music has such a big part to play in films. It sets the tone and dictates how the audience is supposed to feel emotionally. So it’s very exciting that you get to be involved in something like that. 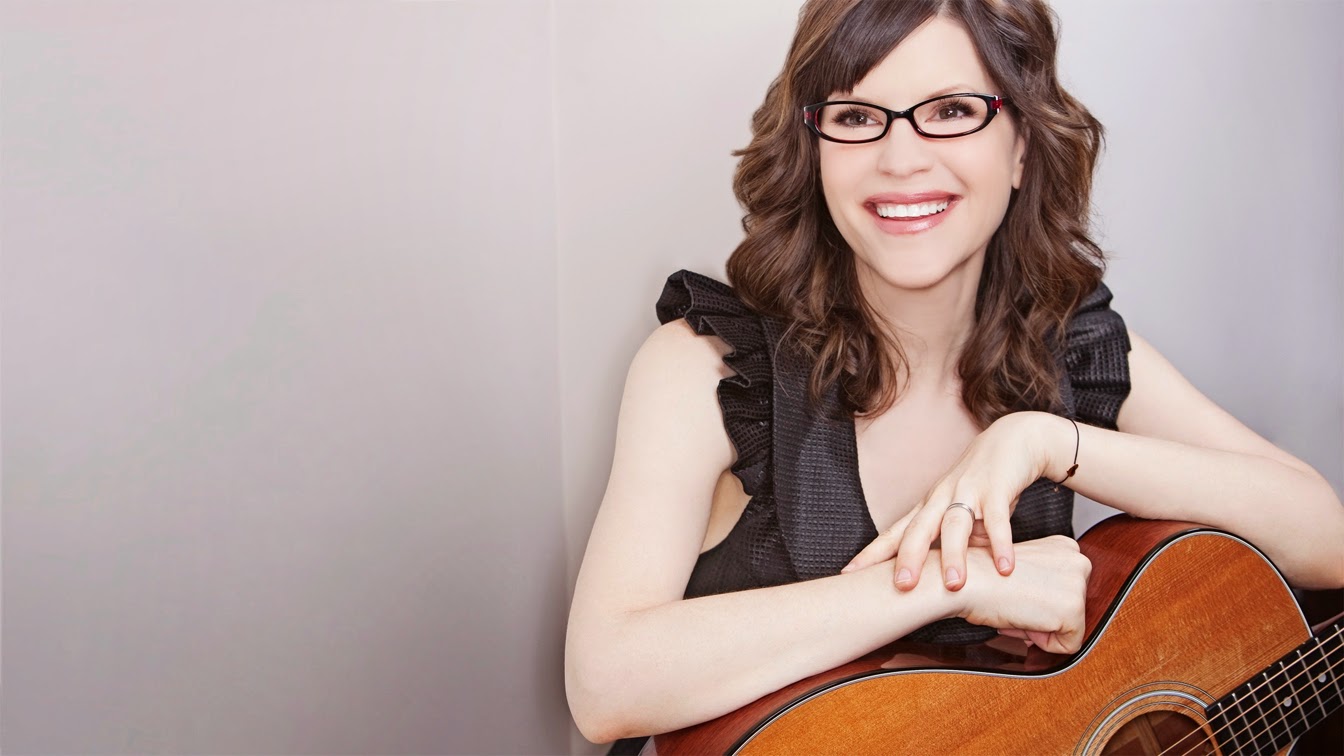 Yeah, it’s a dream come true. I was on tour this weekend and I was able to play this new song. And it’s a song that stands on its own without any explanation

You have a very diverse background. You’re an accomplished musician and an award winner. You’ve done a lot of voice work for television. Was the move to acting a conscious decision, or did it just kind of happen?

When I was growing up, acting was one of my main focuses and I took classes and being in plays. And all throughout college, it was really important to me. When I got out of college, music was really taking off for me, so I spent more time focusing on that. So little by little, the acting fell by the wayside a little bit. And every time I’d try to get back into it, I get pulled aside again by other projects I’m doing. So it’s something that I’m trying to reintroduce myself to. I often get roles offered to me where I play a singer/songwriter or a crazy, wild rocker, which is also not really me. But I’ve always dreamed of being a teacher or a best friend, so it’s a little bit closer to me as a human. When you’re a kid, you get to play all kinds of roles. But in the real world you get offered things that work out better. So it’s to play roles that are a little closer to myself.

There’s a scene where Nia Vardalos is acting completely outrageous, goes a little overboard, and you take her off the stage. That must have been really fun to shoot.


It was so much fun! I love being the straight guy, you know? Usually, I get offered to play the outrageous role and that’s really so far away from me and my energy. I loved being able to work with Nia and watch her work. Every take was different.


It’s really hard because one of my biggest inspirations was Bill Cosby. And that’s been a tough turn to take. He was always one of the people I looked up to as far as being a great storyteller onstage. Other people I looked up to, I loved the band The Police. I had a great English teacher who would have us do journaling, which was really unusual. And that was where I started thinking about what I really feel and think.

You’ve done “Cory in the House” and “Good Luck Charlie” on the Disney Channel. Do you feel like this your first step in a new direction for your acting career?


It’s certainly different than anything I’ve done on the Disney Channel. Even just in terms of the way we made it because it’s all very improvisational. In Good Luck Charlie, you have your lines and your blocking and shooting, you’re set in this path. But when we were doing this, the director was very, “this is the script and this is what you’re doing, but I’m not going to call cut, so just keep going.” And so it was a completely different experience for me. It was really good for me and good to find out that I am capable of doing these improvisational scenes. And be comfortable in that environment. It was a departure in that way, I think.

A lot of people have difficulty doing improv because it doesn’t come naturally.

Yeah, and especially doing this with someone like Nia [Vardalos]. This is what she does and it’s incredible and has been doing it for years. And I’m against seasoned pro, which was intimidating but it was a lot of fun. 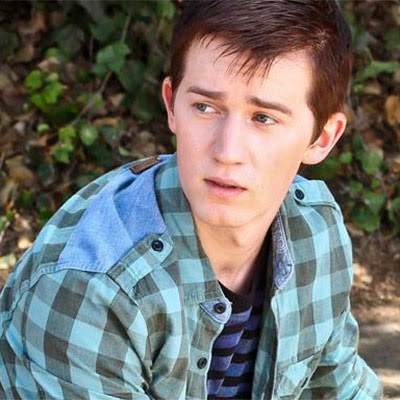 Her character is completely outrageous and embarrasses you throughout the film. Your character remains pretty level-headed. Were those scenes very hard to shoot with Nia’s outrageous character?

In a lot of ways it’s easier to be level-headed when someone’s being crazy. I don’t if it’s just how scenes work. But when she [Nia Vardalos] is being as crazy as she is, it’s natural to be the opposite of that. So when she does her thing and she’s making up all these crazy stuff, all I have to do is sit back and do what comes naturally to me, which is shut it all down. You’d think you’d want to match her and get to her level, but instinctively, for me at least, it’s easier to be the opposite.

How did you get involved with this project?

I auditioned. And I was sent the script and I read it and thought it could be really fun. I saw an opportunity. I saw myself in a lot of the scenes and it seemed very much like an actor’s piece to me. By that I mean, if there are a lot of good actors in it and we’re all open to improv and working with each other, then this’d be a cool thing to be a part of. So when I went in and we actually got to do that, it was really exciting for me.

Your character has a lot of labels thrown at him throughout the film. Is he gay, is he not gay? Is he this, is he that? In what ways did you find yourself relating to Lloyd?


Certainly in feeling like an outsider. When I was in high school, I was working as an actor a lot so I wasn’t around and so I always had this feeling that I didn’t belong there or that I wasn’t accepted. Which, you know, everyone feels that way, but some people are better at hiding it. Also in feeling like I don’t know how to act. Feeling introverted, wanting to just shut down and wanting to be completely contained. That’s definitely something I’ve had to fight against and that’s something Lloyd is going through in the movie and so I definitely connect to him in that way.
What was your favorite scene to film?

I think one of my favorite scenes to film, and to watch as well, is the scene where Max, Lloyd’s dad, takes him to the bar and they have their man bonding time. When I read that scene too, I thought it was a cool scene and we got to add stuff to it and change things. And it’s this really real moment between him and the dad, who hasn’t been around a lot, but he’s here now. Max is probably the most lovable character in the whole movie. He has a huge heart and it comes through so well in the scene. Lloyd is taken aback by it a little bit, but loves it also. And so it has a huge effect on him throughout the rest of the movie. We shot that at 3 o’clock in the morning [laughs]and so it was a lot of fun.