What's New
You are at:Home»Movie News»Matt Reeves Gives Us a First Look at ‘Dawn of the Planet of the Apes’ Several directors have been taking to Twitter in order to showcase new photos from their film shoot. Bryan Singer (“X-Men: Days of Future Past”) and Marc Webb (“The Amazing Spider-Man 2”) have both been adding PR to their list of job activities with the numerous photos they reveal on Twitter.

Matt Reeves can now be added to that growing list as he recently revealed a new photo from the set of “Dawn of the Planet of the Apes.” The photo features Andy Serkis, in all his motion capture equipment, on top of a horse in the middle of a forest. In the background, if you look very closely, is Keri Russell.

Check out the first photo below!

“Dawn of the Planet of the Apes” follows a growing nation of genetically evolved apes led by Caesar, threatened by a band of human survivors of the devastating virus unleashed a decade earlier. They reach a fragile peace, but it proves short-lived, as both sides are brought to the brink of a war that will determine who will emerge as Earth’s dominant species. 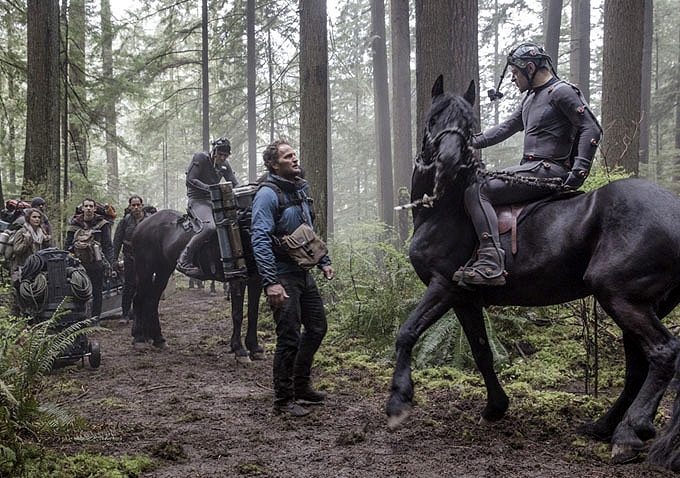