What's New
You are at:Home»Features»“That is so fetch!” — Top Quotes from ‘Mean Girls’
Features

“That is so fetch!” — Top Quotes from ‘Mean Girls’

Let’s face it, Mean Girls is probably one of the most quotable movies of all time. It influenced an entire generation and it was probably the last legitimate film Lindsay Lohan was in before her personal habits caught up with her and plummeted her career into the abyss.

Tina Fey wrote and starred in the film alongside former Saturday Night Live stars Tim Meadows and Amy Poehler. Included in the film’s awesomeness is an evil side to Rachel McAdams and an extremely ditzy Amanda Seyfried. Lacey Chabert, Lizzy Caplan, and Daniel Franzese give the movie an extra push into the humor territory and add to its exceptionally wonderful cast.

Quoting Mean Girls is easy. It’s like every line that comes out of a character’s mouth is meant to be repeated. It’s all so random and funny that once you’ve watched the film a few times (and I’ve personally lost count), you’ll be inserting some of the lines into everyday conversation (yes, I can attest to this).

Compiled below (and in no particular order) are twenty of the funniest quotes from the movie. 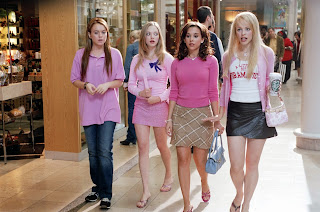 3.  “Four for Glenn Coco, you go Glenn Coco. And none for Gretchen Wieners.”

4.  Random Girl: “I wish we could all get along like we did in middle school. I wish I could bake a cake filled with rainbows and smiles and we could all eat and be happy.”
Damian: “She doesn’t even go here!”
Mrs. Norbury: “Do you even go here?”
Random Girl: “No. I just have a lot of feelings.”

5.  “I have a nephew named Anfernee and I know how mad he gets when I call him Anthony. Almost as mad as I get when I think about the fact that my sister named him Anfernee.” 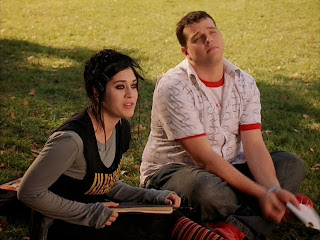 6.  “Why should Caesar get to stomp around like a giant, while the rest of us try not to get smushed under his big feet? What’s so great about Caesar? Hmm? Brutus is just as cute as Caesar. Brutus is just as smart as Caesar. People totally like Brutus just as much as they like Caesar. And when did it become okay for one person to be the boss of everybody, huh? Because that’s not what Rome is about. We should totally just stab Caesar!”

8.  “There are two kinds of evil people in this world. Those who do evil stuff and those who see evil stuff being done and don’t try to stop it.” 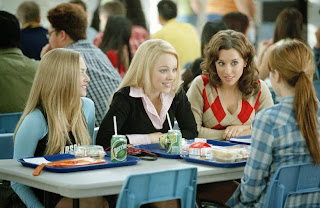 12. “Don’t have sex, because you will get pregnant and die! Don’t have sex in the missionary position, don’t have sex standing up, just don’t do it. OK, promise? OK, now everybody take some rubbers.”

14. Janis: “Gretchen Wieners knows everybody’s business, she knows everything about everyone.”
Damian: “That’s why her hair is so big, it’s full of secrets.”
Janis: “And evil takes a human form in Regina George. Don’t be fooled because she may seem like your typical selfish, back-stabbing slut faced ho-bag, but in reality, she’s so much more than that.”

15. “She thinks she’s gonna have a party and not invite me? Who does she think she is? I like invented her, you know what I mean?” 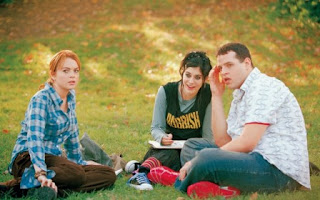 19. “Did you have an awesome time? Did you drink awesome shooters, listen to awesome music, and then just sit around and soak up each other’s awesomeness?”