Review: 'The Best of Me', Starring Michelle Monaghan and James Marsden 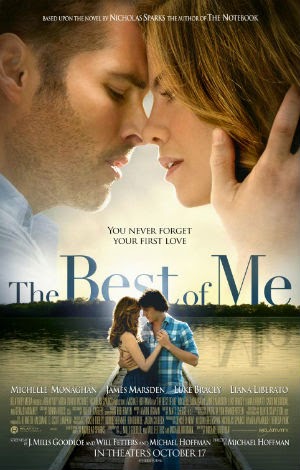 Without fail, it's guaranteed that we get a new Nicholas Sparks film every year. It's like he cranks these suckers out in his sleep. The last few of the films based on his books have been abysmal to say the least. (Safe Haven and The Lucky Ones come immediately to mind). They're usually the same kinds of characters. Throw in a small river town, some sexual tension, angst, and voila, a bona fide Sparks work has emerged. The Best of Me is not the best of his book-to-film adaptations, but it is most certainly better than its several predecessors, if only because it's at least better acted.

In present day, Dawson Cole (James Marsden) is an oil rig worker when an accident lands him back on solid ground. "A miracle" is what the doctor calls his life, seeing as how he survived an explosion and a 100-foot fall into the ocean. Dawson, who's not a man willing to 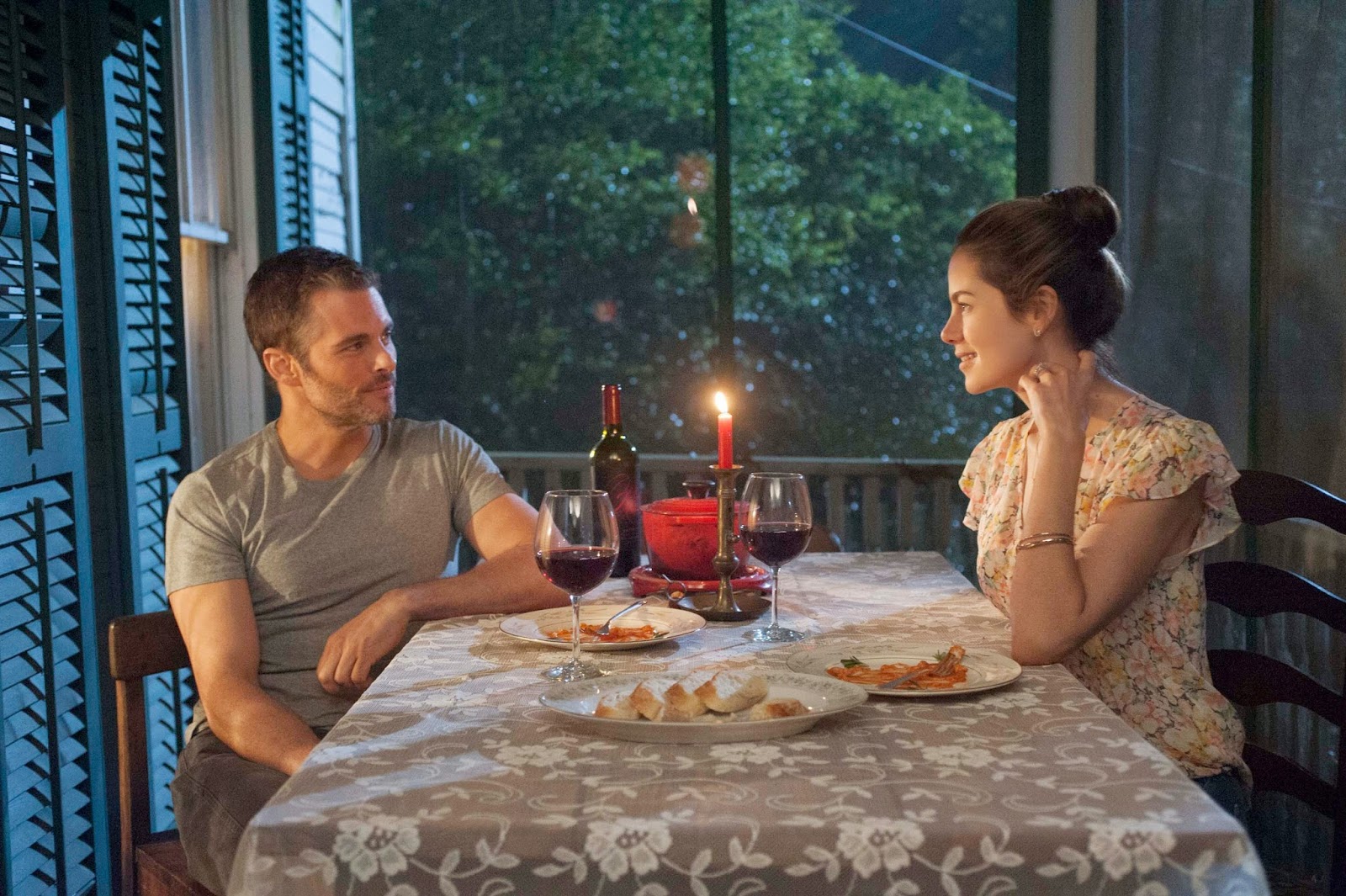 believe in destiny, begins to believe that he survived for a reason. He's drawn back to his hometown after the loss of Tuck (Gerald McRaney), a father-figure and guardian to Dawson from his past. He has to face his regrets, his past guilt over a past accident, and his violent father (Sean Bridgers).

Amanda (Michelle Monaghan) has been married for 18 years, her son's about to begin college, and her marriage is far from being anywhere near the definition of happy (whatever that definition might be). She's given up a lot of dreams, but is also drawn back to her hometown after the death of Tuck. This is where she ends up facing her old high school boyfriend (surprise, surprise) after 21 years apart. Their unexpected reunion brings sadness, hope, and a reevaluation of their lives and are reminded of what they'd lost and of how they bring out the best in each other. 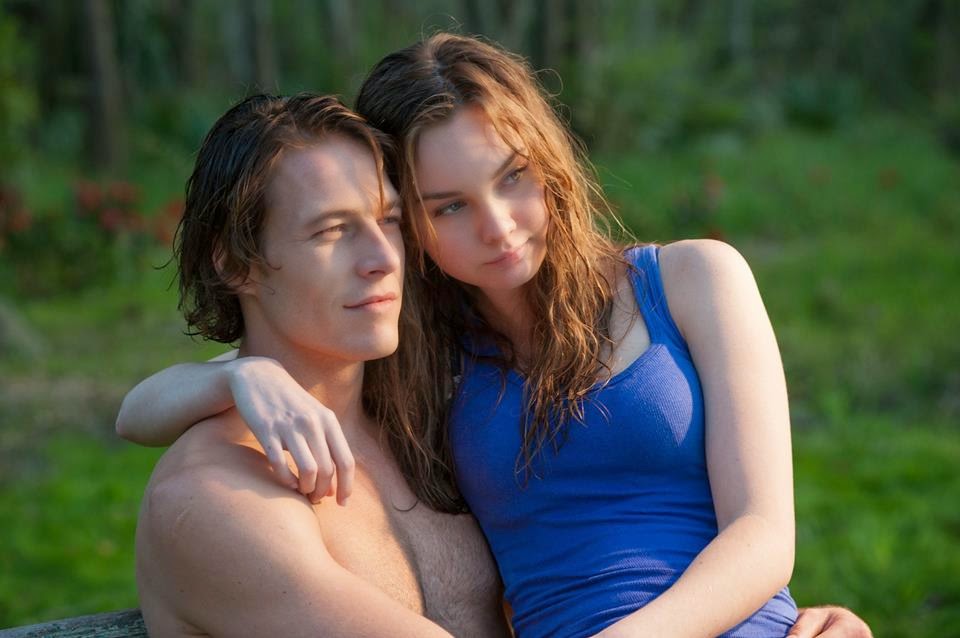 If you go into this movie with even a hint of high expectations, you will be utterly and completely disappointed. But if you're very aware of the kind of film this is in advance and you've set very low expectations, then you might find it decently enjoyable. It won't blow you away. There are some plot points that are either irrelevant or contrived, but given the fact that the trailers made it out to seem like it was The Notebook part 2, you might be a little relieved that it isn't.

While Sparks always follows formula when it comes to his writing, The Best of Me is at least semi-entertaining, especially if you're a sucker for the romance genre. There isn't anything breathtaking about it (except for maybe the garden scenes with that gorgeous tree in the background) and a lot of it feels like we're following the same beaten path, but James Marsden and Michelle Monaghan seem to make the best of their cheesy lines and talk about destiny. Their chemistry is palpable and while the film is melodramatic, at least it knows it is and generally tends to stay within its own boundaries.

If you sit there and think about this movie's plot for too long (regardless of how simple it is), you will start to find holes in it, so don't bother trying. Any attempt will give you a headache and make you question Sparks's fictional world of too-in-love people and the medical system. One of the film's major flaws, however, comes in the fact that the actors who play the younger versions of Dawson and Amanda (Luke Bracey and Liana Liberaton, 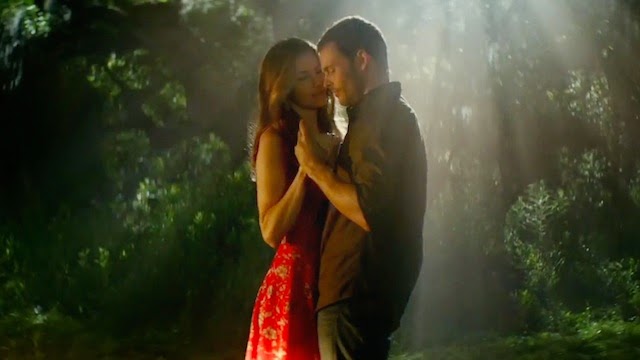 respectively) don't look a thing like their older counterparts. Sometimes, it almost feels like the film is telling two completely different character stories. At first, the transition is a little jarring and the rest of the scenes which come after take a little getting used, but the younger actors do a good enough job.

All in all, and in comparison to Nicholas Sparks's other film adaptations, The Best of Me isn't all bad. If you're really into these kinds of films, you'll want to check it out because you'll probably find it entertaining, cheese and all. It does have themes of regret and talk of life's lost ambitions, which is nice. There's also a lot of talk about destiny, which gets annoying, but the romance is definitely there and it's still sweet and doesn't feel contrived in comparison to its predecessors. You'll see the ending coming a mile away, but as far as romances go, this one isn't terrible (if we are to only rate it based on the world of Sparks, whose films seem to have their own genre). This movie will only make you roll your eyes a couple of times for its cheesy moments, but at least you won't give yourself a headache doing it the entire film.