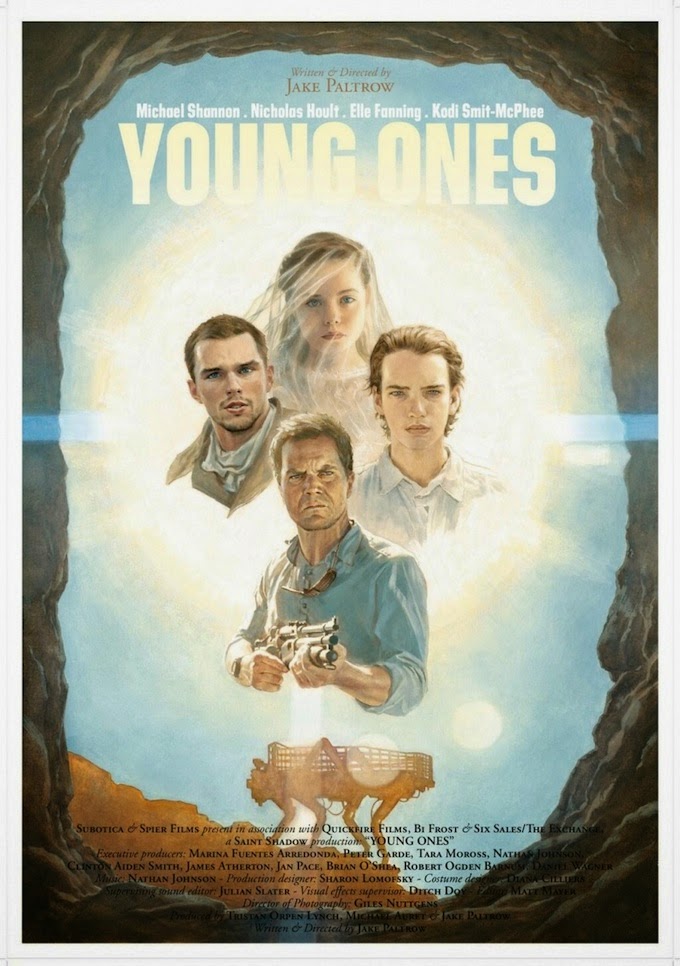 In the future, water is scarce, the land has dried up, and settlers living out west are struggling from day to day and hopeful that the rain hasn't completely abandoned their settlement. Ernest Holm (Michael Shannon) is one of the settlers, who owns land and refuses to leave it even though many have abandoned and left. He and his son Jerome (Kodi Smit-McPhee) trade supplies, while trying to get their land irrigated. 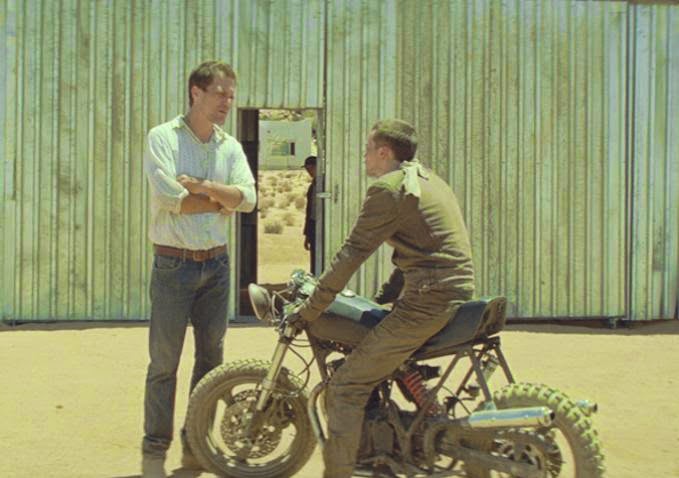 Ernest's daughter Mary (Elle Fanning) is tired of her family's life and her father's inability to provide for them. She strikes up a romantic relationship with Flem Lever (Nicholas Hoult), the son of a man whose land was taken by the state. Flem and Ernest aren't exactly what you'd call friends, and after buying a machine that helps transport supplies, Ernest has to watch his back more than ever, because Flem has his own agenda and it doesn't bode well for the Holm family.


Director Jake Paltrow (why, yes, he is related to Gwyneth Paltrow) takes a page from Quentin Tarantino and, much like last year's The Place Beyond the Pines, splits the film into three distinct chapters. Each chapter is focused on an individual character and this is largely what makes the film so intriguing. It segues into each part smoothly and links every segment to the next without losing any ground. The characters are just as humorless as their situations and this only raises the stakes for the finale.

Paltrow uses the setting of the film to its potential. The land, barren and dry, is very much what the tone feels like. But within that emptiness, Paltrow builds up a future that looks like it takes place in the old west, but doesn't. It feels like a western a lot of the time, with the stakes and the character conflicts that all come to a head in a final showdown. Western similarities aside, Paltrow does well in creating a tension-filled atmosphere and develops characters well enough to solidify his story and make it his own.

The performances by the lead cast are fantastic. Michael Shannon starts us off in the first chapter, playing a man who's trying really hard to make good for his family, but is pulling at straws and is worn down by guilt. Nicholas Hoult, whom we're used to seeing as a nice guy for the most part, comes off as a nice guy on the surface, but with a very dangerous edge.

Kodi Smit-McPhee is a new revelation, and Elle Fanning does well in a role that's meatier than what she had to work with in Disney's Maleficent. There could have been a bit more backstory on Ernest's wife (Aimee Mullins), whose role is intriguing but not entirely fleshed out. However, with the way the movie is framed and who and what it focuses on, it can slip away without drawing too much notice.

Ultimately, Young Ones will take you by surprise, in a completely good way. The film is beautifully shot with plenty of tension-filled drama and a good narrative execution. It's also fantastically gritty and sometimes violent, and digs in in its exploration of these characters' decisions.  Jake Paltrow tells a well-rounded story of hope, desperation, and the cunning and deceptiveness capable by humanity. Well directed and well acted.