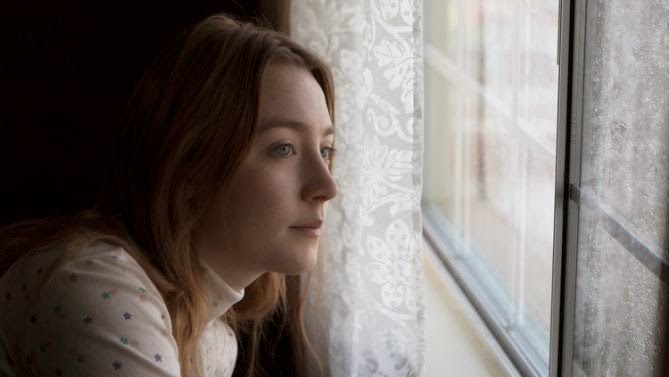 Stockholm Syndrome is something psychologists have been studying for years. And we'll usually get a couple of movies here and there that talk about it, and for the most part the kidnapper is portrayed as this terrible person, one who has a lot of mental issues perhaps or had a traumatizing childhood, etc. Well writer and first-time feature film director Nikole Beckwith changes it up a bit for Stockholm, Pennsylvania and instead of studying the person behind the kidnapping in particular, she gives us the different stages of the aftermath, the psychology of dependency and needing to be loved, and the links between parent and child, which results in a well-made, interesting, but slightly off-kilter film.

Leia (Saoirse Ronan) has just been dropped back into her former life after being kidnapped and having spent 18 years living in the basement of her captor Ben's home (Jason Isaacs). She had no window to the outside world, never went outside, and was completely dependent on Ben to care for her and teach her and love her. So she's essentially an alien to the world around her, doesn't know how to use a toaster, or even what a dog is.

Enter Leia's parents Marcy and Glen (Cynthia Nixon and David Warshofsky) who are happy for their daughter to be back home, but aren't quite sure at first how to navigate the situation. After all, Leia (formerly known as Leanne as a child) doesn't think Ben did anything wrong and her parents obviously think he's a monster for taking their child away. Glen unrealistically just wants them to get past the whole situation without acknowledging it and Marcy wants to rekindle the connection she once had with her four-year-old daughter, but her lack of reconciliation with the woman she is now has her becoming less of a mother and more of something far darker. 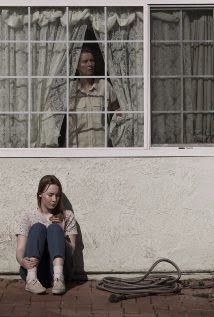 The film is deceiving. Going in, you'll assume that Ben, kidnapper extraordinaire, will be the main antagonist. Only... he's not. Not really. Nikole Beckwith easily traps us into this way of thinking because of what we as people know about Stockholm Syndrome. She uses this preconceived notion and then twists it so that we aren't quite prepared for what we actually get.

The film's opening is immediately intriguing. It's filled with tension and a distance between all the characters. Obviously no one knows how to react to this kind of situation and it's immediately apparent that this is the case here. What Beckwith explores is not even the Stockholm Syndrome aspect of the situation so much as other themes like parenthood, the connection between parent and child and whether it's as natural as people make it out to be, especially under circumstances where the child didn't grow up with the parents, and what love and dependency truly mean.

Beckwith explores this wonderfully in the first three-quarters of the film, but as the film progresses, it slowly takes a turn off the beaten path and winds up being something that is the opposite of what it starts out to be. This is usually fine, but in this case, we don't quite go through the full circle of how it got there so fast. We understand the characters, but as Cynthia Nixon's character becomes something we no longer recognize, we also realize that it has stopped its focus on Saoirse Ronan's character and the life she led previously. This stops the film from coming full circle completely and takes a turn that is slightly off-kilter and could have been timed a bit differently.

The film is still a good watch. The topic alone is an interesting look at what we've come to learn is something menacing and Nikole Beckwith handles it, for the most part, decently well for her first feature film. She lays out everything and gets fantastic performances from her cast. Saoirse Ronan, used to playing characters who are new to the world and a little bit alien to them, does a great job as usual. Jason Isaacs is also good here, kind and thoughtful to Ronan's character and unlike what you'd expect. And with these strong actors in tow, it is Cynthia Nixon as Ronan's mother who steals the show with her very emotional and controlling performance. Stockholm, Pennsylvania is good, not great, with strong performances and a lot of potential in Beckwith's future.