Review: 'Lord Montagu' an Inside Look at One of History's Most Iconic Men 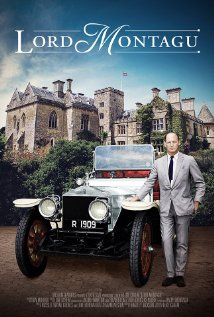 When we think of cars, we don't automatically think of Lord Edward Montagu of Beaulieu. Well, director Luke Korem is here to tell us to start associating one with the other. The English aristocrat is one of the most celebrated, but controversial, aristocrats the country's ever seen. Born the one and only son to the house of Beaulieu, Edward was brother to four sisters and an early heir after his father died when he was two years old. Having always lived his life in the spotlight to some degree, he decided to turn the Beaulieu state home into a museum in the early '50s in order to avoid economic disaster after World War II. He went from businessman, to a sexual assault convicted man, to a classic car museum aficionado. So to say Lord Montagu wasn't an intriguing and highly gossiped about public figure would be a lie in and of itself. 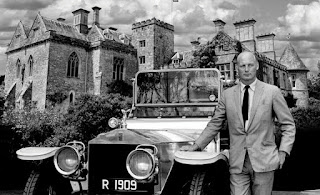 Lord Montagu is Luke Korem's directorial debut and he laser focuses in on Montagu's roller coaster and high-profile life of entrepreneurship and clever ideas. One can tell that Korem is highly intrigued by Montagu based on how he's presented him to audiences. Lord Montagu is a very linear story that unfolds without much cause for drama. In 1950s England, homosexuality was illegal and being found out, much less being caught in a sexual scandal, was high on the list of Montagu's no-to-do list. This is why it was such a scandal to begin with when Montagu, always having admitted to being bisexual, became involved in a gay sex scandal that convicted him to prison for a year. Korem takes us into this story using newspaper headlines and what was being said at the time. However, we're never quite privy to the actual happenings or what was what in a clear manner. Korem wisely uses excerpts from Montagu's autobiography, but this part of the story, and clearly the most important to gay history and to audiences, isn't as in-depth or as thorough as one would hope.


Regardless, Korem segues into the next part of Montagu's life without preamble. It's obvious by then that the film isn't meant to linger on the big scandal of Montagu's life, nor give us much about his personal life other than the obvious basics. Lord Montagu is primarily about Montagu the legend and businessman, and if one accepts this very basic but important fact about the film, then the documentary works well in several regards and even serves as a history lesson in regards to the motor museum that Montagu opened and is the most famous for. Korem uses his knowledge of Montagu's life to tell a story of the man behind his title, showing definite potential for his future work. But no matter how much Montagu himself is intriguing and worth learning about, the film does find itself to be a bit underwhelming in the unveiling of its contents.