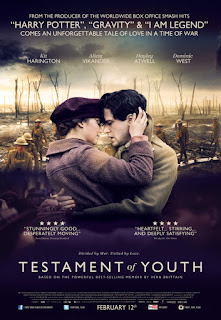 War films are most usually told from the male perspective. But rarely do we get a thought-provoking war film from the female's perspective. Testament of Youth, based on the memoir by Vera Brittain, doesn't aim to tell only a love story, as is immediately and wrongly assumed. It aims higher, with all the elements of a proper British period film and a message that is worth standing behind. 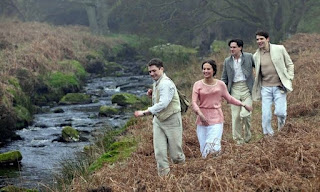 Vera Brittain (Alicia Vikander) is intent on going to Oxford. Her father (Dominic West), of course, doesn't think she should be going if she is to find a husband - something she is not looking to find. With the help of her brother Edward (Taron Egerton), whom she is very close to, her father agrees to let her sit for her exams. Before she heads off for school, she meets and falls in love with one of Edward's friends. Roland (Kit Harington) is a poet, a hopeful writer like Vera, and the two of them challenge each other, sweetly trying to sneak off and away from their chaperone.

But youthful innocence is swept quickly away when the Archduke Ferdinand is assassinated and World War I tears its way through Europe. Finding it among their duty to do so, Roland, Edward, and friend Victor (Colin Morgan) enlist in the army. Not being able to stand sitting on the sidelines, Vera abandons her studies to become a nurse. Her choices lead her further away from her youth and dreams as the war slowly begins to take its toll.

Not having read the memoir, I'm unfamiliar with how close in its adaptation the book is to the movie, but the film is able to hit all the right emotional beats and doesn't stray away from the path it walks. Testament of Youth is equal parts gripping, moving, and heartbreaking. We see everything through Vera's eyes and it's not as glorious as the males around her wish war to be, which is what causes her to join the war effort and alter her opinion about many things later. 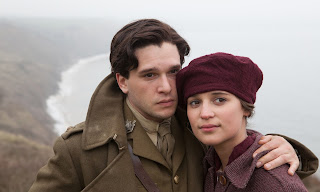 The film occasionally feels tranquil, but is stirred by the powerful emotional blows Vera experiences throughout. It's like watching a volcano stir, peaceful on the outside, boiling on the inside. And this describes Vera throughout the film, her character powered by Alicia Vikander's wonderful portrayal of her strength and vulnerability.  Her performance carries the film through every step, but it's the more emotional beats that she excels at.

The remainder of the cast (Kit Harington, Taron Egerton) provide an excellent support net for Vikander and help her to go through her multitude of phases, experiences, and maturity as a character, making her final stance and opinion all the more powerful. Occasionally, the film does slow down as every knock on the door or telegram means trouble, which becomes both repetitive and heartbreaking all at once. The film doesn't spend a lot of time post-war, but the burst of feelings in her final speech make this ok because we know how she got there. Testament of Youth is a heartbreaking ride through World War I that is real, emotional, and devastating. A well-made film.