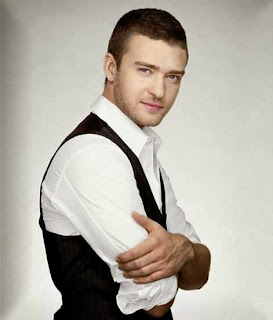 I’m going to try starting a weekly feature that will spotlight actors in upcoming movies. I’m starting off with Justin Timberlake, whose new film Runner Runner is set to hit theaters this Friday, October 4. In honor of the film’s release, I’m going back in time and taking a look at Justin Timberlake’s rise to movie fame dating back to the late ’90s through present day.

Justin Timberlake has certainly come a long way since his days on The All-New Mickey Mouse Club, where he sang, danced, and acted in skits that were so cheesy in nature, it’s really funny to look back on them now. Prior to his film career and his music status today, he was most well known as one of the lead singers in the pop group ‘N Sync from 1998-2001. 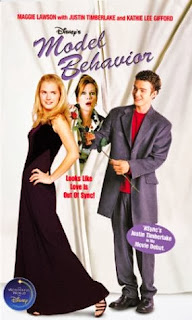 While still focusing on his musical career, Timberlake first began dabbling in supporting movie roles. One of his first acting gigs came in 2000, when he starred in Model Behavior. The story followed two girls who somehow, and only in Hollywood, happen to look exactly alike but aren’t twins. One is a model, the other isn’t and they decide to switch. Timberlake played the role of Jake, who was only in modeling so he could save up money for college.

A Disney TV movie, the film was aimed at young girls. The acting was terrible, Timberlake’s over-long suit jacket two sizes too big and the plot your average run-of-the-mill switcheroo. At that point in his career, most young girls would have paid to just watch Timberlake eat, so I suppose this movie got a lot of viewership at the time it aired (my thirteen-year-old self included).

Regardless of the film’s less than outstanding qualities, it was Timberlake’s first real taste of the acting world and his real first solo gig outside of ‘N Sync. The following year, he also made a cameo appearance in bandmate Lance Bass and Joey Fatone’s romcom On the Line, which was also abysmal. 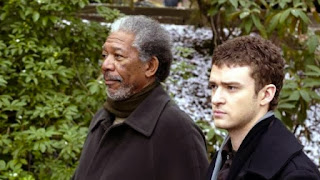 Timberlake’s first real starring role came with a film called Edison, starring alongside great actors such as Kevin Spacey and Morgan Freeman. Timberlake plays a journalist-turned-investigator who works for a lawyer on a case. The movie received such poor audience and critic reactions that its release was postponed before being subjected to the direct-to-DVD treatment. To this day, the fact that Timberlake was in a bad movie with terrific actors will not cease to amaze anyone.

After that, Timberlake took a break from movie roles and turned his attention back to music for awhile. At least until 2007 when, after a few unworthy roles finally led the musician-turned-actor to lend his voice for Shrek the Third, playing the famous King Arthur alongside Cameron Diaz and Mike Myers. The film wasn’t as fantastic as the first two animations, but it got Justin’s foot further in the door. 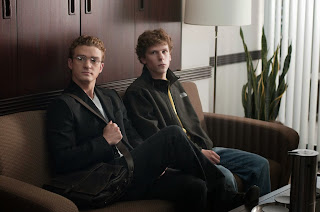 What really made his movie career–and is probably his most famous role to date–is his turn as Sean Parker in The Social Network. The movie starred Jesse Eisenberg and Andrew Garfield and followed the story of Mark Zuckerberg, the founder of Facebook. Probably one of the most famous lines from the film–“this is our time”– is spoken by Timberlake.

After that, his movie career got a better move on. He voiced Boo Boo in the film Yogi Bear, which didn’t even sound like him. Impressive given Timberlake’s voice is distinct. Then came the crude Bad Teacher that reunited him with ex-girlfriend Cameron Diaz and Friends with Benefits, which was just like No Strings Attached but with JT and Mila Kunis as replacements for Natalie Portman and Ashton Kutcher. Both films had the same premise of sex without the relationship and the former was Justin’s first real venture into the world of romcoms. 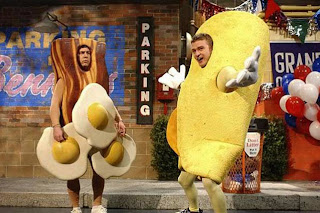 He then had a starring role opposite Amanda Seyfried in the sci-fi film In Time. The premise of the film was very good, though its execution flopped hopelessly. And it didn’t exactly make Timberlake into a sci-fi thriller star or anything either. He also appeared several times on Saturday Night Live in skits. Often mocking himself, it showed that he would probably be better in comedic roles rather than dramatic ones.

Most recently, Timberlake appeared in Trouble with the Curve alongside Amy Adams and Clint Eastwood. It opened to mixed reviews and romance with Amy Adams in the film didn’t spark amazing chemistry, but the film was decent enough. 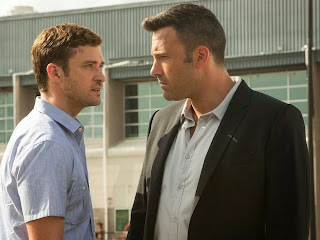 And after a generally successful third album, Justin returns to the big screen this Friday in Runner Runner with the future Batman, Ben Affleck. This film will probably be one of his more dramatic roles so far and another movie which puts him alongside a big-name actor. Timberlake will play Richie Furst, a college student who pays his tuition by winning in online poker until he confronts the man he thinks cheated him.

A lot of people will argue that Timberlake is indeed a good actor, some will debate the possibility of better actors being cheated of good roles because they chose Timberlake instead, and others prefer he made music his exclusive job. Regardless of whether you love or hate him, there’s no doubt that if you watch the musician’s old films and compare them to his newer ones, you’ll find a huge difference. For better or worse, it looks like Justin Timberlake is not quite through with his film career.