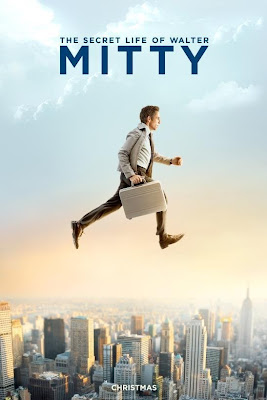 It looks like Ben Stiller is putting aside his usual comedic roles and escaping into a dream one in The Secret Life of Walter Mitty. Stiller plays Walter Mitty in the film, a man who lives in the mundane world, but is a daydreamer of the fantastical.

Then he goes on a real-life adventure that will take him to places he’s only ever dreamed about. Ben Stiller directs and stars alongside Kristen Wiig, Shirley MacLaine, Adam Scott,  Kathryn Hahn, and Sean Penn. The film hist theaters Christmas day.

Twentieth Century Fox has released a new poster for the film featuring Ben Still walking on air high above New York City. This pretty much sums up Stiller’s character in the film, a man who envisions great things, but is stuck living the city life. You can check out the poster to the left and click on it to see a bigger version.

Alfonso Cuaron’s Gravity seems like it’s been getting a lot of coverage lately. It will definitely be interesting to see newest Cuaron’s vision. 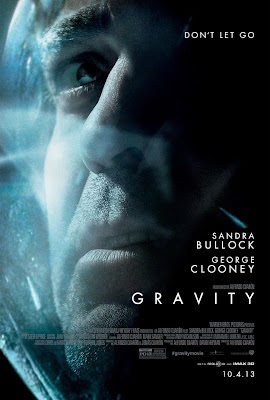 The film stars George Clooney and Sandra Bullock as two astronauts (Bullock on her first and Clooney on his last mission) who meet disaster in space and are forced to rely on each other to survive.
A new character poster has been released. It’s a close-up shot of Clooney as Matt Kowalsky and he doesn’t look like he’s enjoying space all that much seeing as how he lost his shuttle.
Gravity hits theaters October 4. Check out the poster and click on it to see the bigger version!