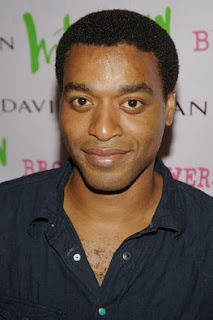 Chiwetel Ejiofor may not be a name a lot of people have heard, but this very talented actor has been in the movie business for years. And if you really haven’t heard about him, then you will during Oscar season for his role as a free man kidnapped into slavery in Steve McQueen’s 12 Years a Slave.

Born and raised in London, England, Ejiofor has graced our screens in several high-profile movies. Appearing onscreen with Alan Rickman, Keira Knightley, and Emma Thomspon in Love Actually, Richard Curtis’s film is probably what introduced Ejiofor to the international audience.

After that he played an Alliance agent in Joss Whedon’s Serenity. It wasn’t long after that that he got roles in movies like Children of Men, American Gangster with Denzel Washington, 2012, and Salt with Angelina Jolie. He’s been nominated for two Golden Globe awards for his roles in the TV movie drama Tsunami: The Aftermath and the miniseries Endgame.

He’s climbing up the ladder and Ejiofor is really stretching his acting muscles, starring as Solomon Northrup in 12 Years a Slave alongside Michael Fassbender. It’s his best performance to date and really showcases Ejiofor’s talents as an actor. His next major project will be starring role in Z for Zachariah alongside Amanda Seyfried, so we can hope to see more of him in the future.