By Mae Abdulbaki on March 6, 2013 0 Comments
Spider-Man has always been the most relatable of all superheroes. He’s not a billionaire playboy like Ironman, Batman, or even Green Arrow. He also doesn’t have several high tech gadgets like a plane or armored car. Peter Parker is just an average guy who comes from a working class family and happens to get bitten by a radioactive spider. He’s smart, generally humble, and decides to help the city he calls home with his newfound powers. Mark Webb’s reboot of the Spider-Man legend is a well told, action packed film filled with heroic moments and humanistic portrayals. 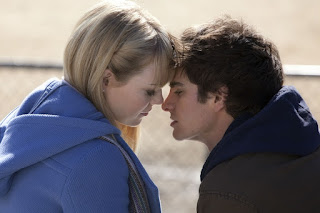 “The Amazing Spider-Man” chronicles the journey of Peter Parker which begins with his parents’ death as a young boy. His father and mother die under mysterious circumstances that presumably revolve around a dangerous algorithm of cross species genetics. When Peter discovers the scientist Dr. Connors, his father’s old working partner and friend, their work together leads Connors to rush cross species testing and turn himself into a lizard intent on changing the world.
Many have criticized “The Amazing Spider-Man” as being a reboot not worthy of the original Sam Raimi trilogy. I am here to tell you that it is far more superior to the original films and Andrew Garfield’s performance bests Tobey Maguire’s Spider-Man by miles. “The Amazing Spider-Man” gives an honest portrayal of a teen faced with the ups and downs in his life and we come to understand his decisions regardless of whether they’re right or wrong. Peter Parker is a human being first and foremost. Human beings mess up, make bad decisions, and deal with whatever life has in store. This is exactly how Parker is portrayed. Behind the mask, Mark Webb decided to portray the humanistic story of Marvel’s long-standing hero.
The movie is dark and light. Funny and sad. The relationships between the characters are well established and enjoyable to watch. Martin Sheen and Sally Field breathe life into Uncle Ben and Aunt May. Their relationship with each other, as well as with Peter, is brought to life beautifully.
Peter’s curiosity and relationship with Dr. Connors (played by Rhys Ifans) is well paced. Connors himself is a sympathetic character whose job working for Norman Osborne proves dangerous. Ifans embodies the character and plays the desperation, sympathy, and madness well.
The on-screen chemistry between Garfield and Emma Stone, who plays love interest Gwen Stacy, is subtle, sweet, and powerful. It doesn’t bring down the story but adds to it in a way that gives Peter Parker another layer and more maturity. Also, it’s not overdone and melodramatic like so many on-screen romances are. 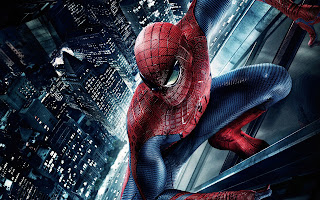 The movie is full of action, drama, mystery and Andrew Garfield balances Peter Parker’s smart/nerdy side with the confidence of Spider-Man extremely well. Garfield portrays the two different sides of the coin so well it leaves the audience wondering if Peter Parker, and not Spider-Man, is the actual mask he hides behind. As Peter Parker, the average science enthusiast, he contrasts greatly with Spider-Man, the hero. It’s great to see director Mark Webb reach out and study both equally with a deep understanding of each persona.
The movie is a character study and evolution of the comic book hero. After all, when Peter first takes to the streets after receiving his new powers, it isn’t justice or cleaning the city streets which interest him. It’s the allure of revenge in seeking the man who shot and killed his beloved Uncle Ben. And it’s exciting to watch him develop from a revenge-driven teen to a man who takes responsibility in helping as many people as he can.
“The Amazing Spider-Man” gives the comic book legend a reboot while still keeping with the main aspects of his origins. It does a great job of weaving the story in with all the action and gives every character time to shine. Well done and epic, you’ll want to see it over again!