What's New
You are at:Home»Lists»Overlooked Christmas Films to Watch: ‘Jack Frost’, ‘Rise of the Guardians’, ‘The Family Man’, and More
Lists

Overlooked Christmas Films to Watch: ‘Jack Frost’, ‘Rise of the Guardians’, ‘The Family Man’, and More 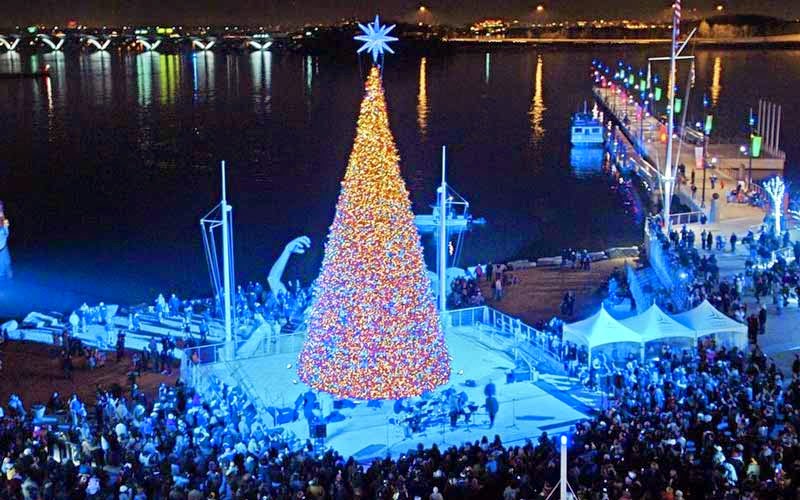 ‘Tis the season to be jolly! Fa la la la la… well, you know the rest! The holidays are right around the corner and this time of year many are rushing to the stores to buy their Christmas presents (if you haven’t gotten any of your Christmas shopping done, now’s the best time to start), or jetting off to see family and friends. But, it’s also a great time of year to cozy up on your couch and enjoy some of these great holiday films. The entire list isn’t made up of the traditional classics that are probably on so many other lists this year, but rather it’s made up of the overlooked films. Some are really well-done, others guilty pleasures, but all of them are fun in one way or another.

So check out the list of overlooked Christmas films to watch below! And sound off in the comments about some of your favorite holiday films that don’t get enough love.

Holiday in Handcuffs – TV movies (especially around this time of year) are never short in showing cheesy romantic comedy films that take place around the holidays. This Melissa Joan Hart and Mario Lopez film is among one of TV’s more well-made and highly entertaining submissions to this genre. To start off with, the plot is essentially ridiculous in nature (she kidnaps him and pretends he’s her boyfriend at a family gathering), but there’s something organic and special in the interactions between Hart and Lopez’s characters that will keep you watching. Without them, the movie might not have been as successful. And among the many cheesy, puffed up, candy sweet films like this, Handcuffs is definitely worth a watch!

Jack Frost – Before Birdman, but after Batman, Michael Keaton played a musician-turned-snowman after an accident kills him during Christmas on his way back to his family. And if you couldn’t tell by the title, the name fits. This movie is magical, emotionally moving, and fun for the whole family. Keaton wise-cracks his way through the film, but it doesn’t keep him from bringing on the more emotional moments, most notable in the relationship and scenes with his son. Lots of snow, a well-told story, snowball fights, and one of the cutest snowmen to ever grace the screen, Jack Frost is a special film to watch every holiday season.

The Family Man – Sure, Nicholas Cage has had his string of bad films lately, and Brett Ratner will forever be remembered for the disaster that was X3, but before all of this, there was The Family Man. Seeming to draw some of its inspiration from the classic It’s a Wonderful Life, this ’90s film sees a man who thinks he has everything catch a glimpse of what his life might have been like had he stayed with his college girlfriend, played by Tea Leoni. A drama with many romantic and intriguing conversations, the look at the what ifs in life, the relationship between Leoni and Cage, and probably one of the most romantic airport scenes ever, the film will definitely endear you to it.

Rise of the Guardians – The Jack Frost character is one of the most overlooked characters in all of Christmas character creation. Santa Clause always taking the spotlight from everyone, but it’s in this film that Jack Frost really shines and Santa Clause is the supporting characters. Frost, elected to be one the Guardians, along with Santa, the Easter Bunny, and the Tooth Fairy, must fight Pitch Black from stealing the hopes and imaginations of children. The fairytale characters work as a team, they all look and have personalities that go against their usual stereotypes, which is a nice change. Rise is definitely a film both adults and children would enjoy during this season.

I’ll Be Home for Christmas – Remember when everyone was crazy over Johnathan Taylor Thomas in the ’90s? Well, this film definitely capitalizes on his popularity, and even includes a young Jessica Beil (think her 7th Heaven days). Don’t get me wrong, this film isn’t even close to being the greatest holiday film on this list, but it definitely is the funniest, even if it’s in an extremely lame and corny funny. Thomas’s character is trying to get home for Christmas when his dad promises him the Porsche, and his trip definitely takes a turn for the worse when he’s stranded in the middle of a California desert and left to his own devices to get to New York. The film isn’t slow-paced and keeps Thomas’s adventures going throughout, resulting in some fun, but cheesy scenes. Enjoyable if you don’t have exceptionally high expectations but just want to keep it fun.

A Diva’s Christmas Carol – A Christmas Carol with a spin! We’ve all heard Ebenezer Scrooge’s tale, of how much of a grouch he is, etc. Now take this Charles Dickens tale and insert Vanessa Williams as the grouchy diva singer named Ebony Scrooge who’s forgotten all about the spirit of Christmas when she’s visited by her former singing group mate Rozonda “Chili” Thomas. This film is probably one of my favorite interpretations of this story. It brings the story into modern times and incorporates the music business into it without being overly dramatic about it. It’s fun and snarky Vanessa Williams is enjoyable to watch.